With Civil War Day coming up in a couple of weeks, we will be looking at the Civil War items in the BHHA Collection.  This week, we are taking a look at Lieutenant Olof Anderson.

Olof Anderson was born October 1840 in Västmanland, Sweden. He was only 6 years old when his parents brought him to Bishop Hill. Olof and his brothers worked as Ox-Boys for the Bishop Hill Colony.

In September 1861, Olof Anderson enlisted as a fifer in Company D, Illinois 57th Infantry, thus becoming the first man to enlist in the Union army from Bishop Hill. Anderson fought in several battles, including Fort Donelson, Shiloh, and Corinth. At Corinth, he was wounded and one of his brothers was killed.   Anderson also participated in Sherman’s March to the Sea and marched in the Grand Review at Washington D.C. in May 1865.

By the time he was discharged from Company D in July 1865, the former Ox-Boy from Bishop Hill had risen to the rank of Second Lieutenant. Olof Anderson returned to Bishop Hill to live out the rest of his days. He passed away in July 1924.

A photograph of his fife is shown below. 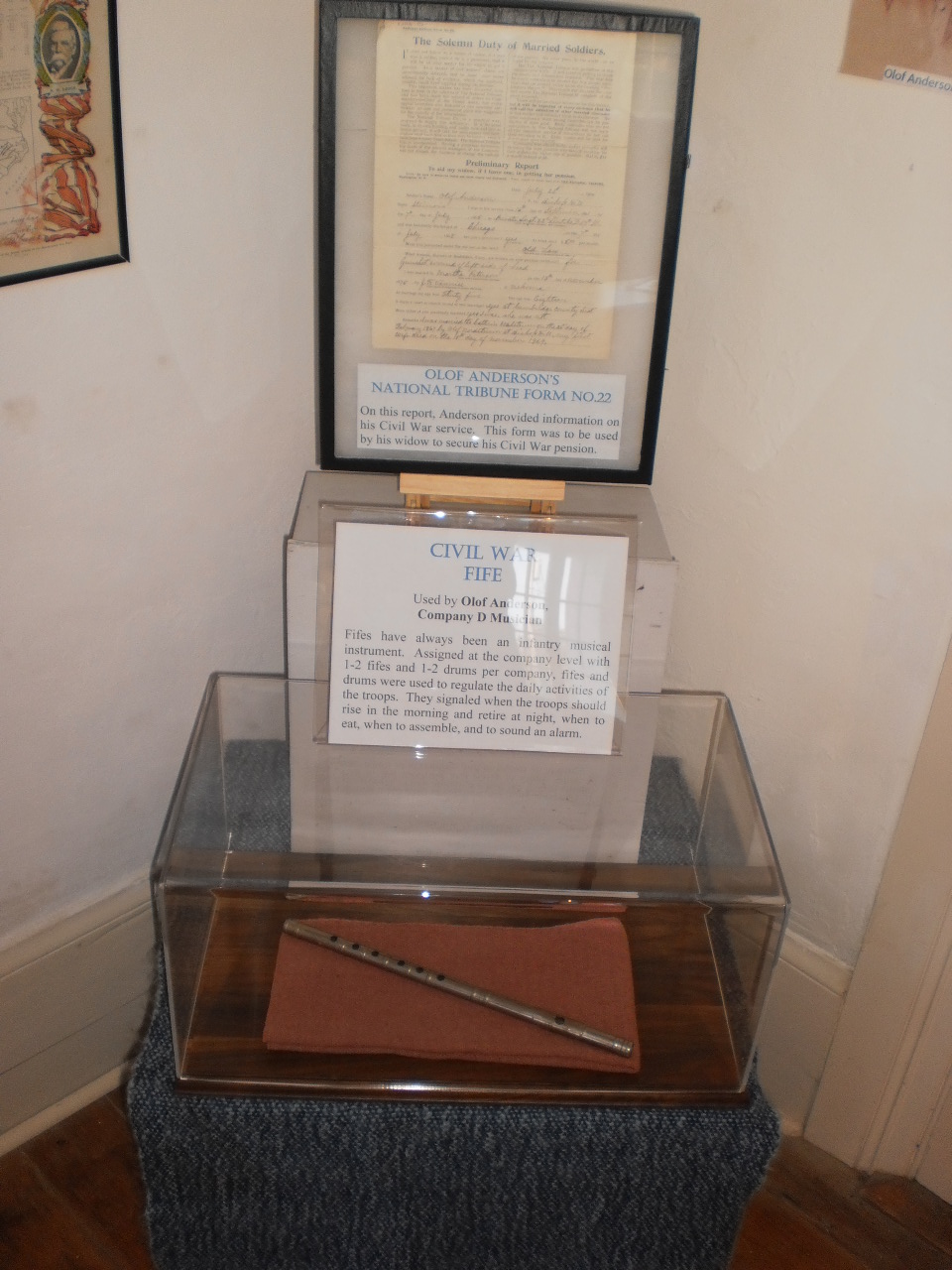