As part of this Saturday’s Bishop Hill Chautauqua at 1 p.m. in the park., General “Black Jack” Pershing will share his story as the Supreme Commander of the American Expeditionary Forces in World War I. More than any other man, John J. Pershing became the face of the U.S. Army in the early 20th century. Ron Edgerton, who portrays Pershing, is a retired Professor of Asian History at University of Northern Colorado. 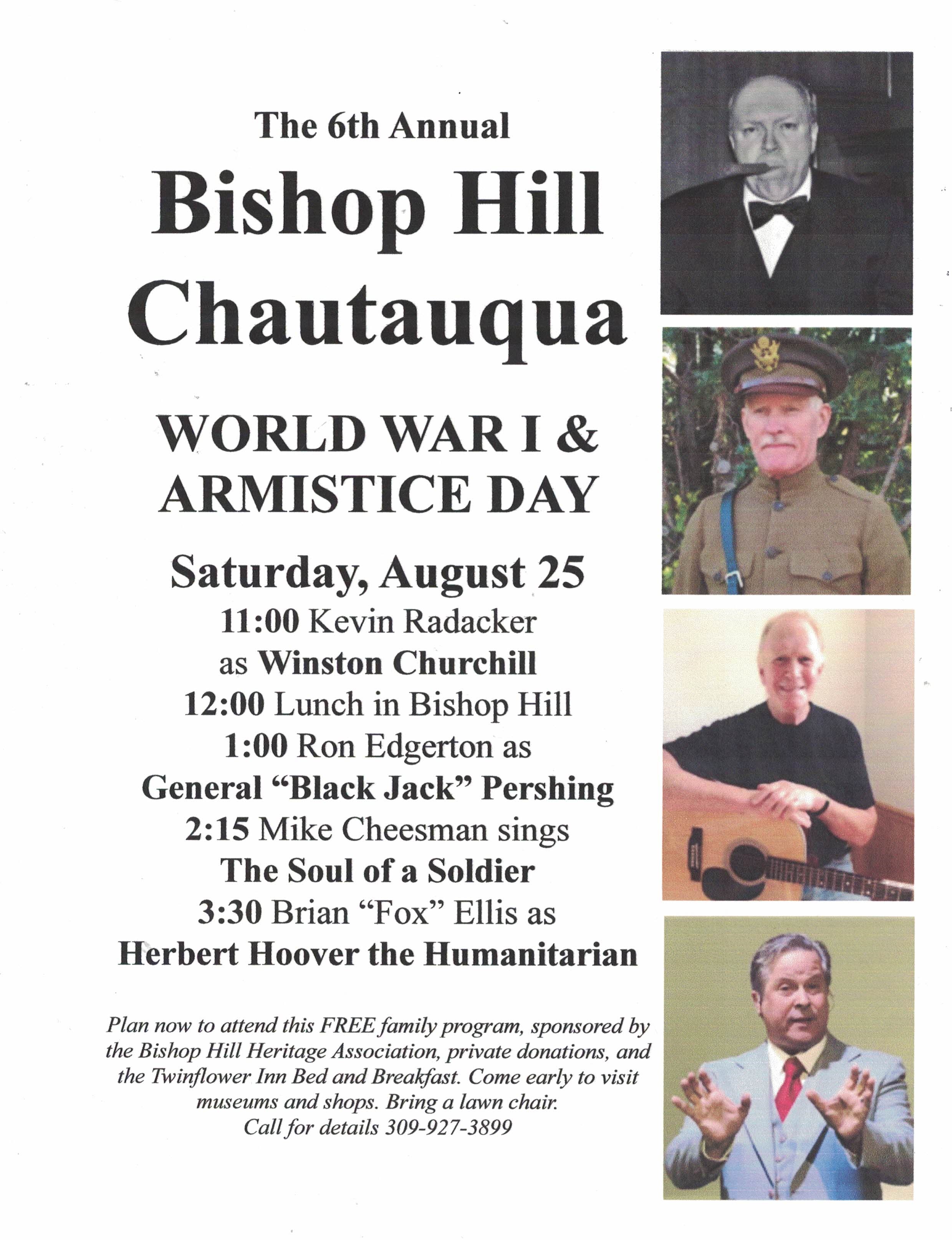