In the late 1970’s, the BHHA hired Yvonne Hannemann and her crew to film a documentary about the Bishop Hill Colony and its history as told by the people here. That 27 minute film was then shown to tourists who came to the Steeple Building Museum. The film prints of that documentary as well as thousands of feet of film that did not make the final cut have been in storage since then.

The BHHA, with the help of Creative Images in Geneseo, have created a 2 DVD set that not only includes a restoration of the original documentary but also full length, never before seen interviews with local townspeople, as well as lots of film of Bishop Hill as it was 40 years ago. The following interviews are on the DVD set: Ron Nelson, Asa Spets, Chuck Johnson, Dorothy Palm, Edla Warner, George Swank, Maurice Laub, Wayne Nordstrom, and much more.
This 2 DVD set, with almost 4 hours of video, is being sold at the Colony Store for $15. If you cannot make it to the Colony Store, you can order one and have it shipped to you by calling the Colony Store’s phone number at 309 927-3596. Proceeds from DVD sales benefit BHHA activities. 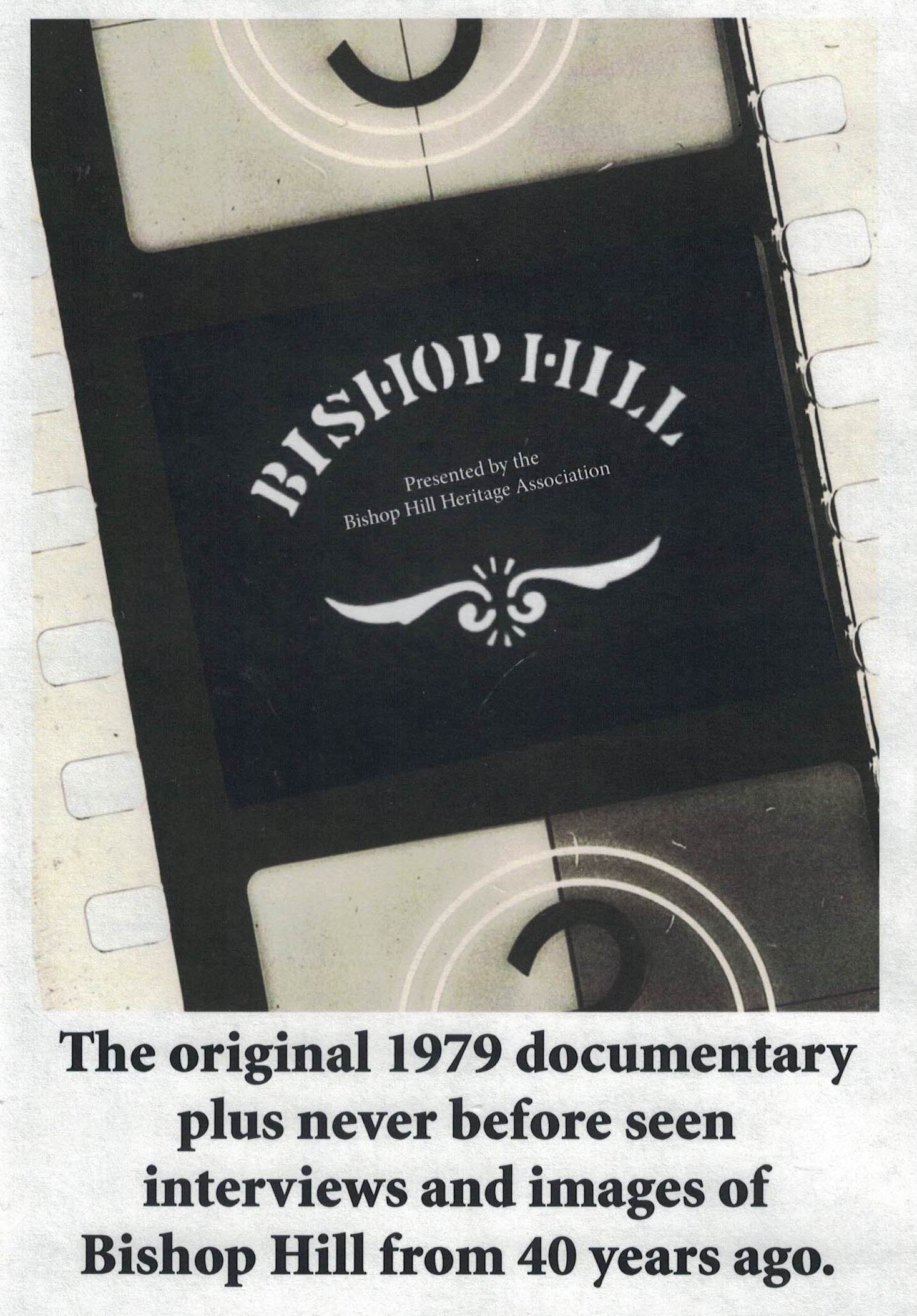 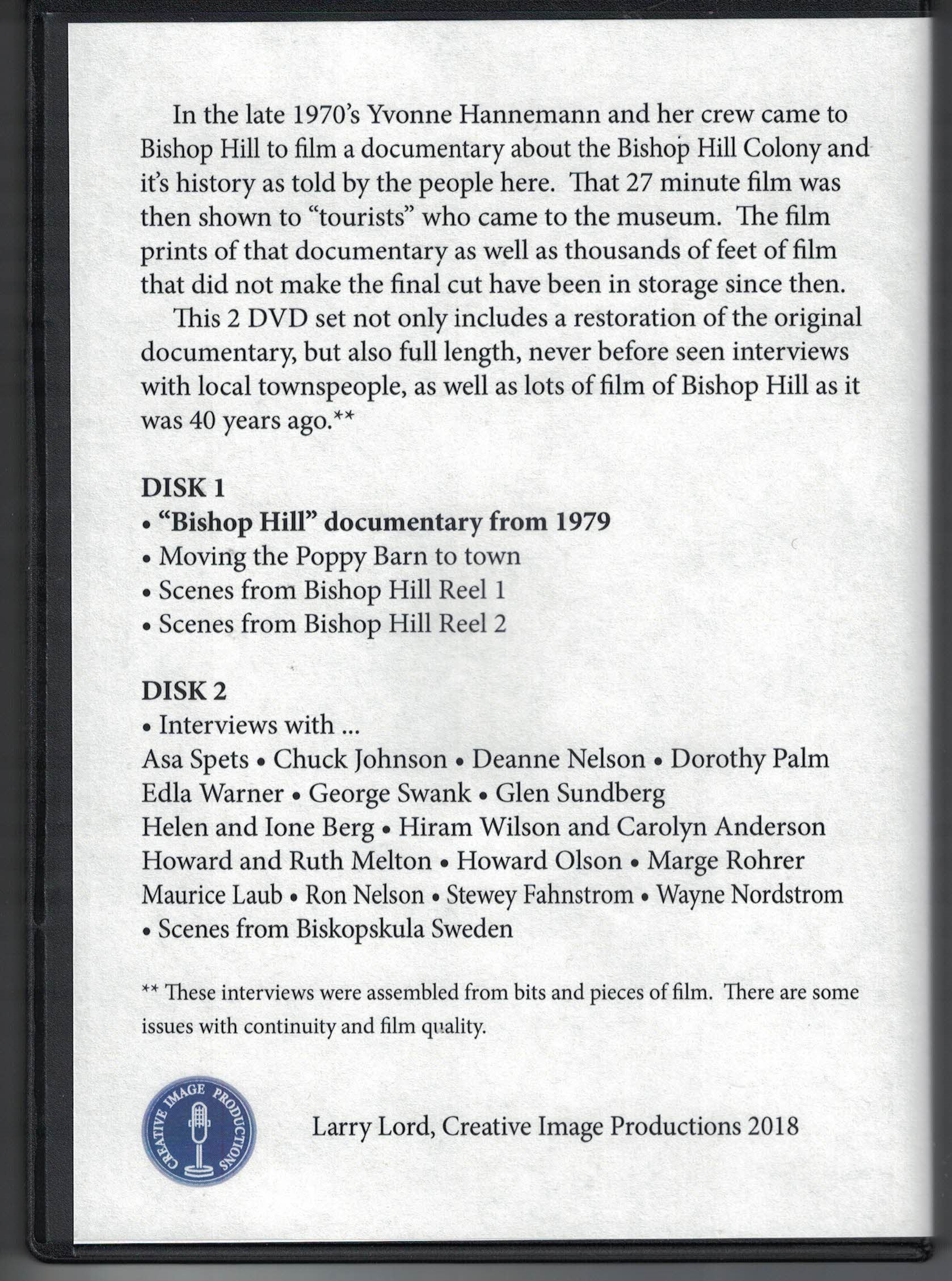